ESPN is the home of the 2015 NCAA Division I Softball Championship presented by Capital One beginning with record-setting Regional round coverage (May 15-17), continuing the Super Regionals (May 21-24) and concluding with the Women’s College World Series (May 28 – June 3) in Oklahoma City, Okla. The 2015 NCAA Softball Championship is the 15th consecutive year ESPN has televised the entire Women’s College World Series and the ninth consecutive year it has televised every game of the Super Regionals.

Format: ESPN will carry every game (maximum of seven games) from the 12 regionals. Each regional is a four-team, double-elimination tournament, concluding with one team advancing to the Super Regionals.  A full schedule is provided below.

Please Note: Networks are likely to change throughout the weekend based on if necessary games. For the latest information, please check espnW’s schedule and results page

All times are eastern unless noted different and game schedules are subject to change.

Succeed in Recruiting by Starting Early 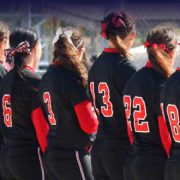 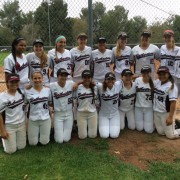 College Softball Rankings-April 28, 2015 What is a fungo bat?
Scroll to top